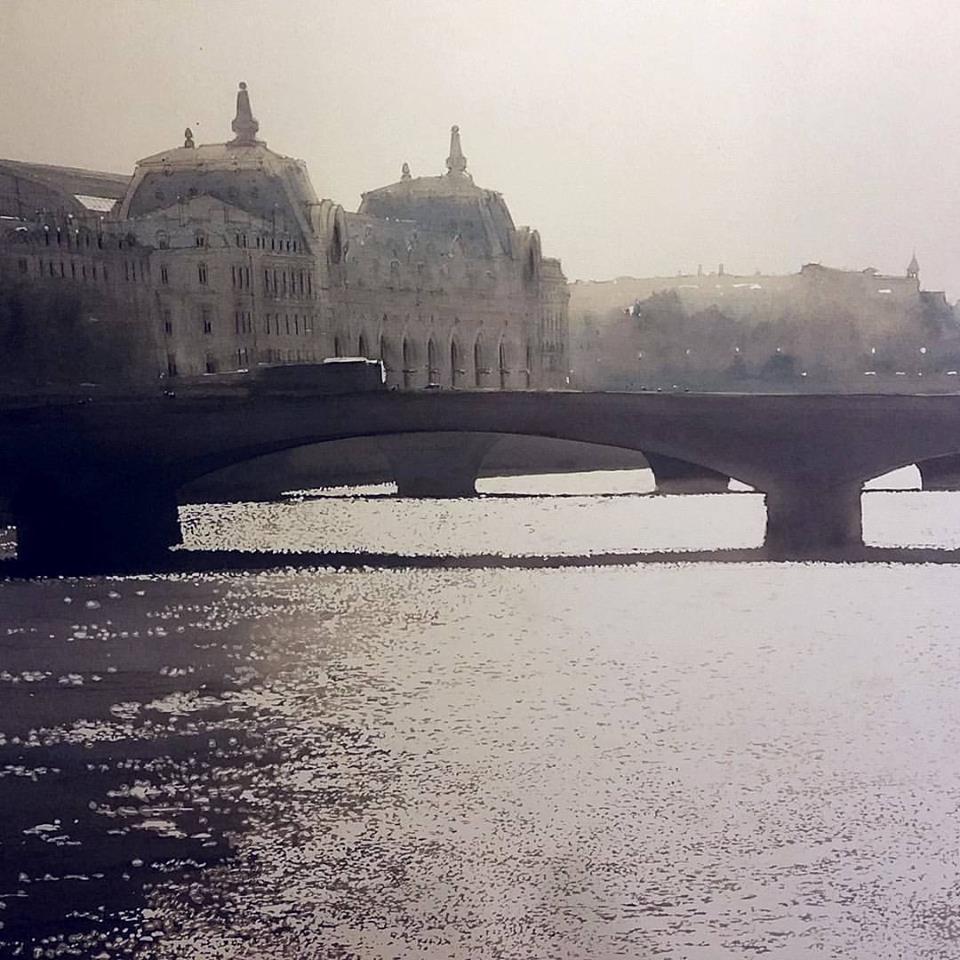 Charles Villeneuve (Nantes – 1971) learned the craftsmanship of carpenter, and then moved to the creation of furniture, decoration and interior architecture. A graduate of Ecole Boulle before becoming an architect, he was awarded the Grand Prix d’Architecture of the Académie des Beaux-Arts (former Prix de Rome) in 1997.

In 2000, he became resident at the Casa de Velázquez (Academy of France in Madrid) and decided to settle in Spain.

A sketcher and traveller for many years, Charles lives and works in Madrid. He divides his time between painting, design and architecture.

His paintings and graphic work are now present in important collections world-wide including the MEAM (Museum Europeu d’Art Modern) in Barcelona.

IWM2022 is Charles first exhibiting opportunity in the UK.