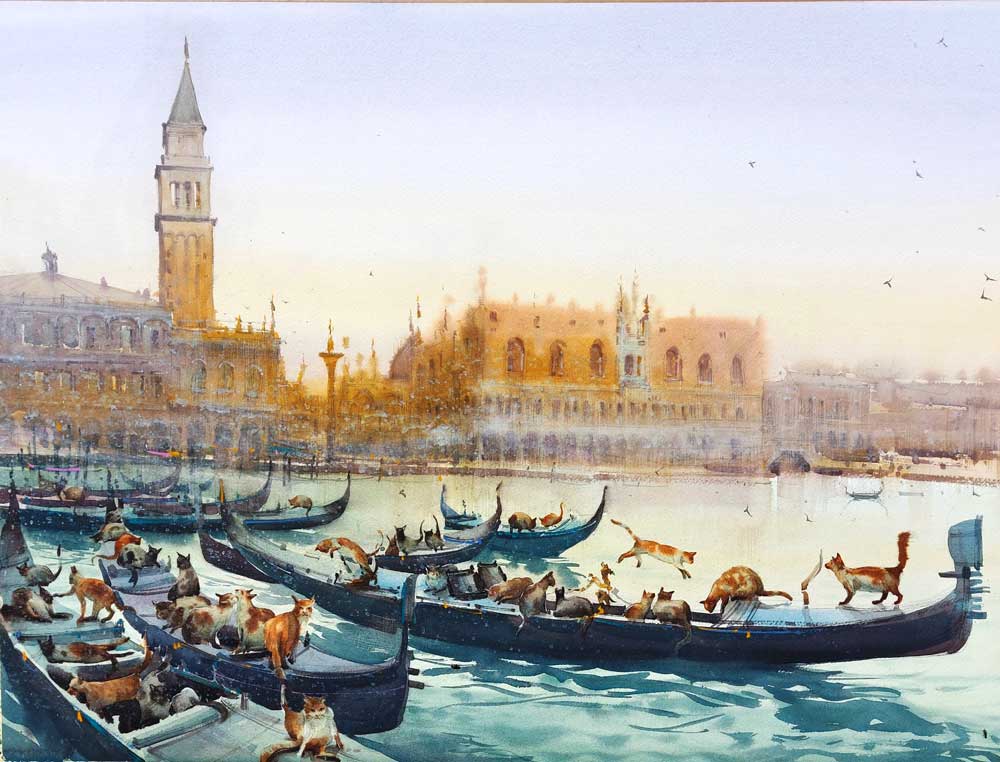 Artist Eugeniu Gorean was born to a family of teachers in Chisinau, Moldova. At just 16, he became a student at the A. Plamadeala Art College. After four years of study he moved to the Academy of Fine Arts in Chisinau.

Throughout his studies, Gorean became increasingly attracted to watercolour, which he found not only rich in technique, but also sincere in presentation. His artistic goal is to capture the invisible realities that pervade human experience – the subtle relationship between humans and their environment.

From the beginning, Gorean has been strongly influenced by classical academic traditions, and in particular artists such as Turner, Durer and J.S Sargent.

IWM2022 is Eugeniu Gorean’s first appearance in this major International Exhibition. His unique style is sure to be a hit with the discerning IWM audience.